Today is Sunday, a day when supposedly over 2.2 billion of the World’s 7+ Billion people are supposed to worship a variety of entities that differ from person to person, but for which there is not a single shred of empirical evidence. In my case, I give thanks to the universe.

For the solar systems ability to support life, I give thanks for the Earth’s position within the disk of the Milky Way Galaxy, about 27,000 light-years from the Galactic Center, on the inner edge of one of the spiral-shaped concentrations of gas and dust called the Orion Arm. It is relatively quiet here;  there is not a lot of activity from the birthing and dying of stars. 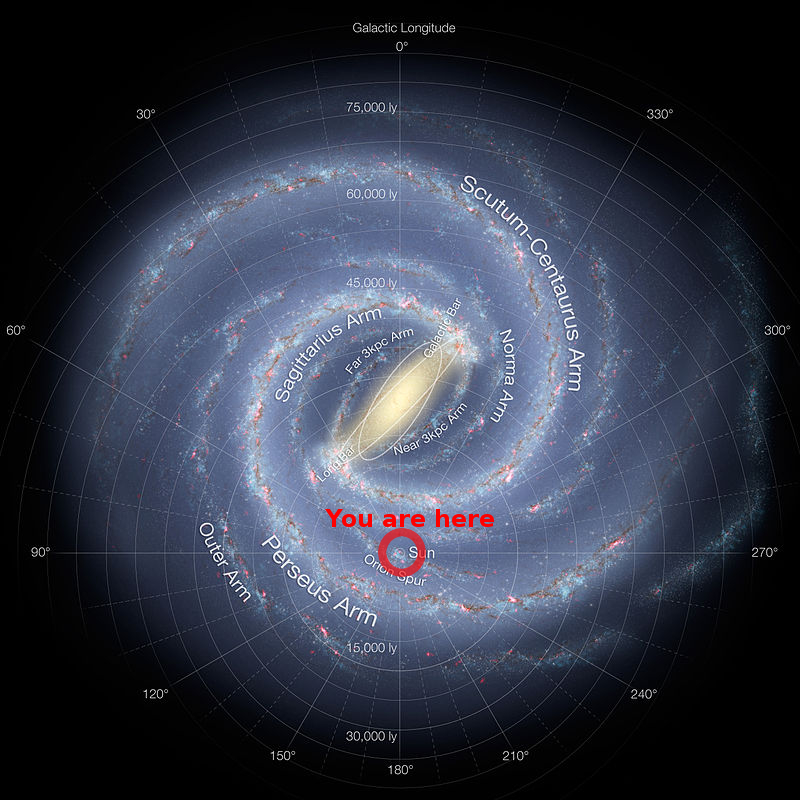 Artist’s impression of the Milky Way

For the Earth’s capacity to support life, I give thanks that the sun is a G V type yellow dwarf star that is still in the middle ages of its evolution, and to the position of the Earth in the Goldilocks zone around that star. I give thanks to the asteroid, which had a diameter of about six miles, that struck Earth and wiped out about 80% of the Earth’s species including dinosaurs. Were it not for this asteroid, we would not be here, evolution would have almost certainly taken a different turn. I give thanks to the magical reality of natural selection that gave us the gift of all the micro-organisms, plants, and animals that make our existence possible, and life worth living.

Our existence depends on things that have happened at a scale that we can scarcely comprehend, far far greater than any god we have ever imagined. Even our evolution is the result of a cosmic event. It scares me though, to think that the next stage of evolution may be determined by us. As we do our best to exterminate the biosphere that supports us, we do not place the planet at risk, we place ourselves at risk. The planet will continue long after we have wiped out its capacity to support us. The only question is, will semi-intelligent life like us ever evolve again after we have gone. 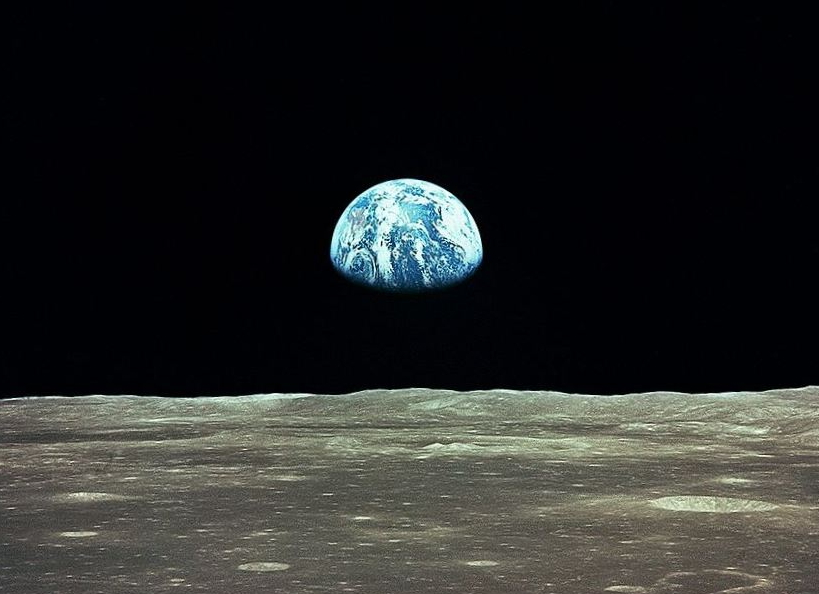 Our pale blue dot seen from the moon

The Sun is already growing brighter and brighter evolves ‘off’ the main sequence. Somewhere between 500 million and 2 billion years, Earth will no longer be able to support life. If we become our own Chicxulub asteroid, there is probably a billion years for evolution to proceed. The first eutherians (ancestors of placental mammals) lived 160 million years ago in the Jurassic. So our evolution has taken that short tick of the cosmic clock, there should be ample time for another semi-intelligent species like us, or even a truly intelligent species, to evolve after we wipe ourselves out.

Or is it possible that we may yet become rational as a species? Can we save ourselves from ourselves, so that we live out the potential that we have to leave out pale blue dot, go out into the universe, and live beyond the dying throws of our sun’s demise? What can we do? What can YOU do?

These are the ponderings of a rational mind. Rational minds do not allow gods, heavens, hells to take up space inside them. They try to comprehend reality. If we do not become rational, as a species, our future is limited.