I went out with my daughter tonight to see Venus and Jupiter, with thanks to Esther for alerting us. The photo that we took is below. Note that Venus is much much much smaller, but because it is so much closer it looks bigger. Notice also that you can see three of the Galilean moons of Jupiter. There actually four Galilean moons, Io, Europa, Ganymede, and Callisto. I presume the other one is blocked by the planet. Photo taken with Melissa Keats. 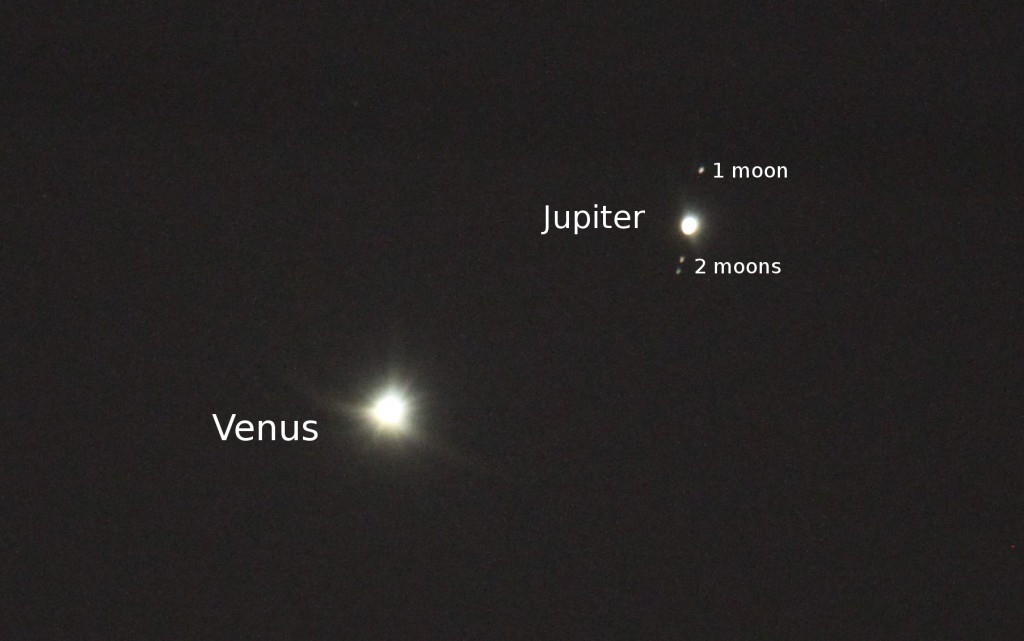 Venus and Jupiter with three of Jupiter’s moons

We also took a photo of the Southern Cross – the constellation Crux. Alpha Crucis, also known as Acrux, is the 13th brightest star in the night sky, but it is not one star, it is a multiple star system. That is,a small number of stars that orbit each other, in this case a mere 321 light-years from the Earth. How cool is that? 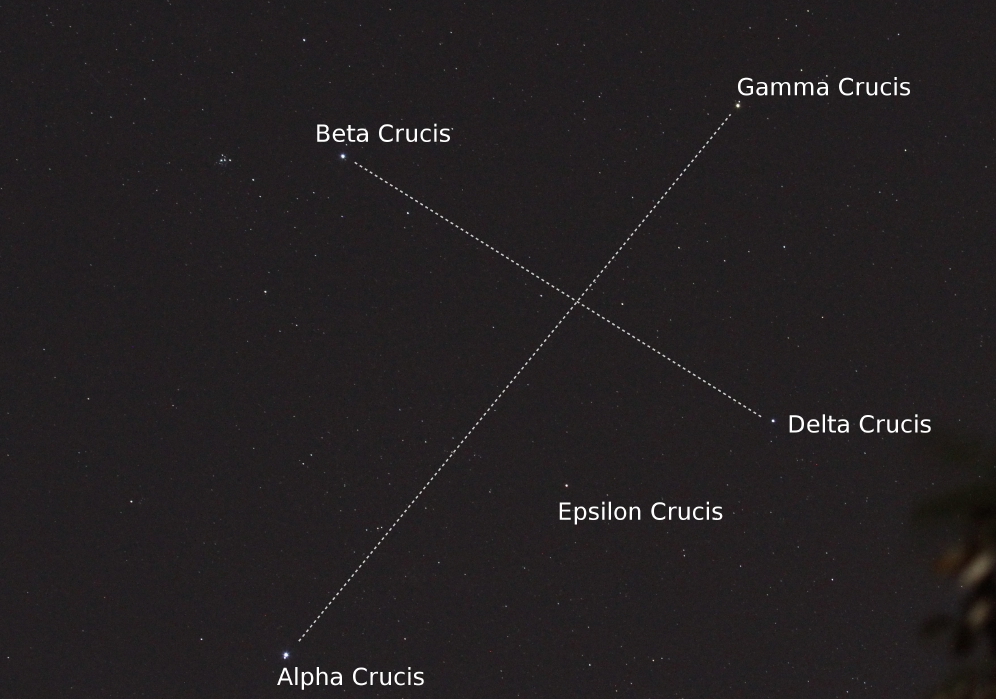 Beta Crucis is located 280 light years from the Earth, and it is a triple star system where the stars are very close together. The larger two orbit each other every 5 years. What is really cool about these stars is that they are babies. They are only 8 to 11 million years old. One of them is really fat, with about 16 times our Sun’s mass, the other is much smaller, and probably also a younger pre-main sequence star.

Delta Crucis is located about 345 light-years from Earth, and it is a massive, hot and rapidly rotating star that is in the process of evolving into a red giant – a bit like me if I continue to put on weight, even the red part. It is probably a variable star as well as it changes its brightness a little bit every 1.3 hours.

Gamma Crucis, also called Gacrux, is awesome because it is the nearest red giant star to our Sun. It is a mere 88.6 light-years away from your computer. It is only 30% more massive than the Sun, but it has expanded to 84 times the Sun’s radius, which if it was our sun, I suppose we would be inside of it. That’d be hot! Not in a good way.

And lastly, Epsilon Crucis is an orange giant, located about 228 light-years from Earth. It is not part of the four stars we think of as the Southern Cross, but is still part of the constellation.
How cool is the sky at night?

And Earth’s lonely moon was out as well, a good evening for star gazing. 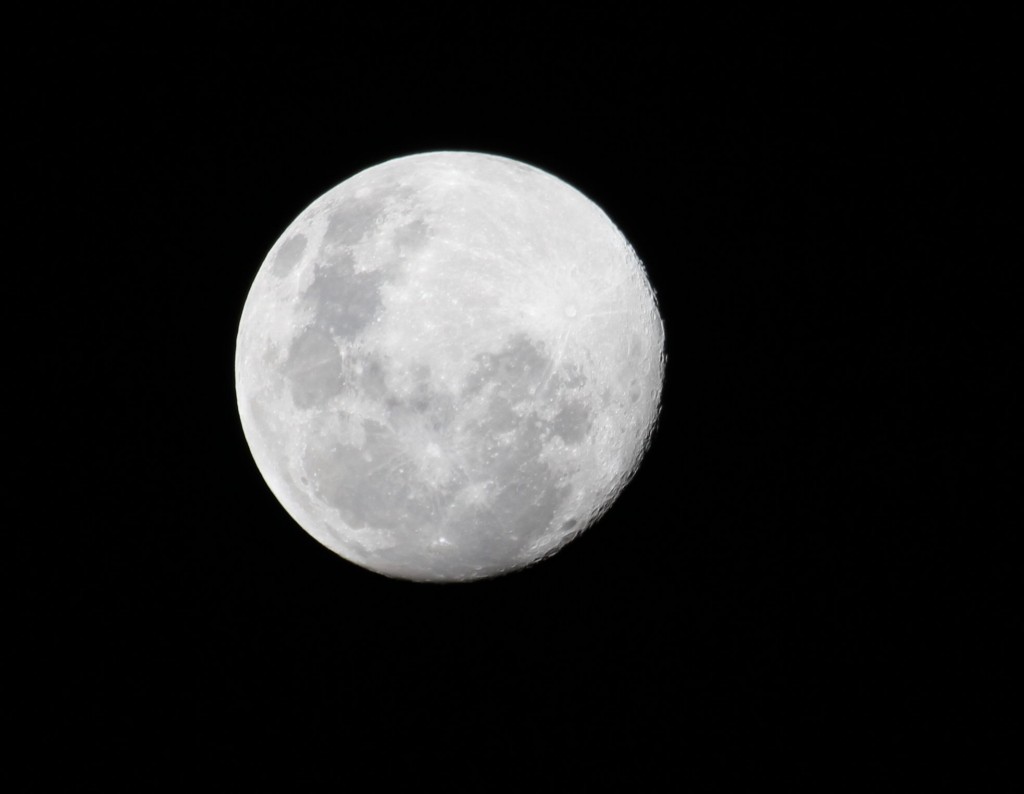