Last night when we went out to photograph Jupiter and Venus, Melissa and I also took a photo of the Southern Cross. We noticed a small cluster of stars just off to the left and slightly below Beta Crucis. Not being that familiar with the night sky, we looked into it and it turns out to be the star cluster known as the Jewel Box Cluster (NGC 4755). It was discovered by Nicolas Louis de Lacaille in 1751–1752 and later named the Jewel Box by Sir John Herschel who described it as looking like “a casket of variously coloured precious stones.” It is located 6,440 light years from Earth, and contains around 100 stars. 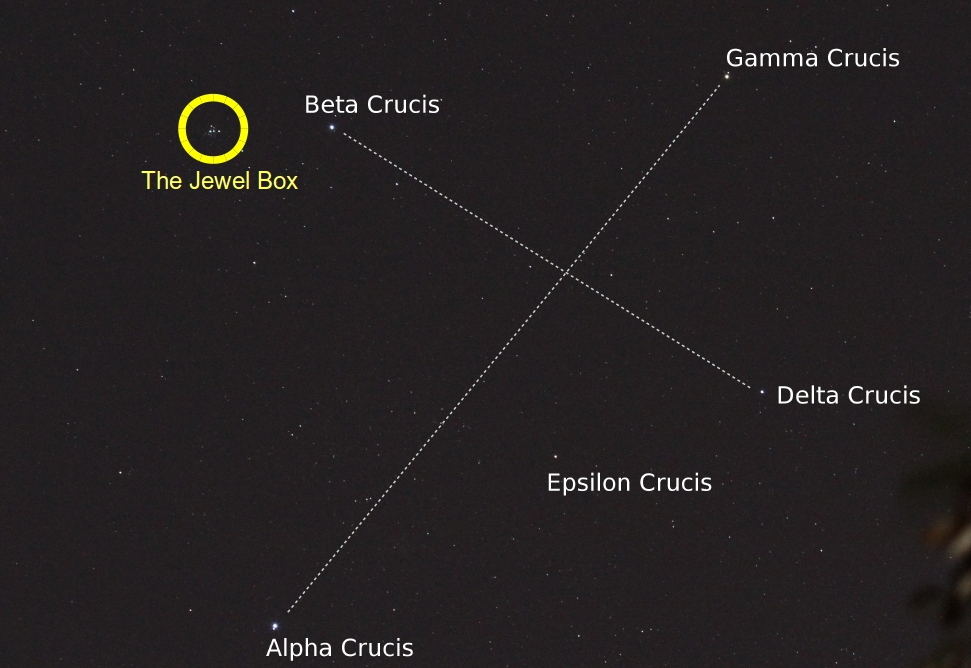 The star cluster known as the Jewel Box

According to the One-Minute Astronomer, since early European navigators had no telescopes to resolve it, they classified the Jewel Box as the star kappa Crucis.

It is an open cluster, a group of up to a few thousand stars that were formed from the same giant molecular cloud and having approximately the same age. By the standards of star longevity, open clusters are ephemeral,  generally surviving for only a few hundred million years. The Jewel Box is one of the youngest open clusters known, and is estimated to be 14 million years of age, a real astronomical baby. Since it is so young, most of its members are still blue-white main sequence stars. Main sequence stars fuse hydrogen atoms to form helium atoms in their cores, and this applies to around 90 percent of the stars in the universe, including the sun. Despite most stars being blue-white, the brightest stars in the Jewel Box cluster are supergiants, and include some of the brightest stars in the Milky Way galaxy, which is why it stands out adjacent to the Southern Cross.

So we set off again this evening to try and get a better view of it. It is impressive when viewed with binoculars or the camera’s lens. The three brightest members of the cluster are arranged in a straight line, which astronomers call the ‘traffic lights’ due to their varying colours. 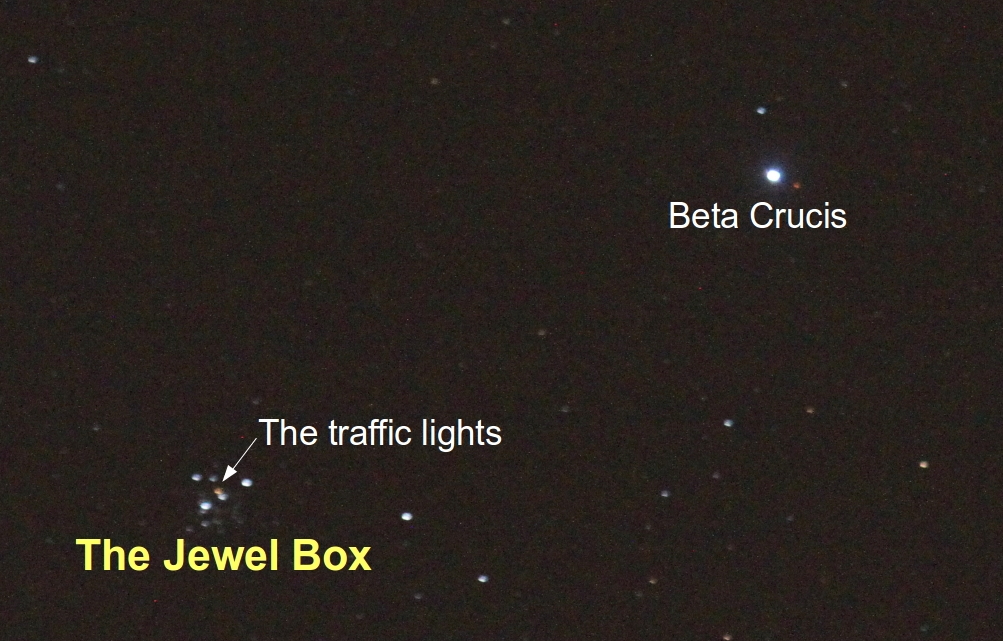 The star cluster known as the Jewel Box

Here is a video of the hubble zooming into the Jewell Box cluster, which is pretty cool.