I belong to a number of photography sites and facebook groups, and a common question asked relates to Adobe software tools that are useful to photographers. A frequent lament goes “I would love to have Photoshop and LightRoom, but they are so expensive.” Even if you don’t find them expensive, why not save your money for camera gear?

I manage my photography workflow very well with Free Software (open source) tools that cost me nothing, and most of which are available across different operating systems, including GNU/Linux , Windows, and Mac.  For me, I use the GNU/Linux operating system, which is also Free Software, in the Ubuntu distribution. I use this for all my work because it is free, simple, and flexible, as well as being more advanced and a lot easier to use than the current Windows 8. But if you have to run Windows for some reason, these tools work with Windows too.

I use digiKam and GIMP for workflow and editing. Together they are more-or-less equivalent to LightRoom and Photoshop, but if I want to do extensive RAW editing, I add DarkTable to the mix. DarkTable is a superb digital darkroom tool that compliments digiKam nicely. It is by no means a requirement, and I am not going to cover it in this post, rather I will do a separate post about it later. Here we will stick to digiKam and GIMP.

All of the software that I use to manage and edit my photos is of superb quality. My photos on Flickr have had 5 million views already, and they have been used on quite literally thousands of websites, in books, calendars, videos, magazines, mobile  phone apps, and TV programmes. That would not happen if the software was inferior. I think photographers often don’t understand the quality of Free Software (open source) these days. Hence this post. Hopefully, it will help someone save a few thousand Rands, money that is better spent on things such as bodies, lenses and flashes.

digiKam is avaliable from http://www.digikam.org/
GIMP is available from: http://www.gimp.org/
There are some awesome plugins and filters for Gimp at: http://registry.gimp.org/

My primary photo management tool is digiKam. It supports all major image file formats, and can organize collections of photographs in directory-based albums, or dynamic albums by date, timeline, or by tags. I prefer keeping my files directory-based, naming directories meaningfully so that I can locate things in the filesystem as well as management tools, but given its ability to use tags, Digikam can organise  your photos however you like.

One of the great things about digiKam is that you can add captions and tags to your images, and these captions and tags are recognised if you upload them to photo services such as Flickr (not Facebook, unfortunately). Plug-ins are available to enable burning photos to a CD and the creation of web galleries.

digiKam provides functions for organizing, previewing, downloading and/or deleting images from digital cameras, but I personally prefer to do that manually using the file management tools of the operating system (Nautilus on Ubuntu). Downloading the photos that way allows me to quickly delete duds and to organise folders the way I want them. You can also do this inside digiKam, but for me it is faster using the native tools. You get to choose! 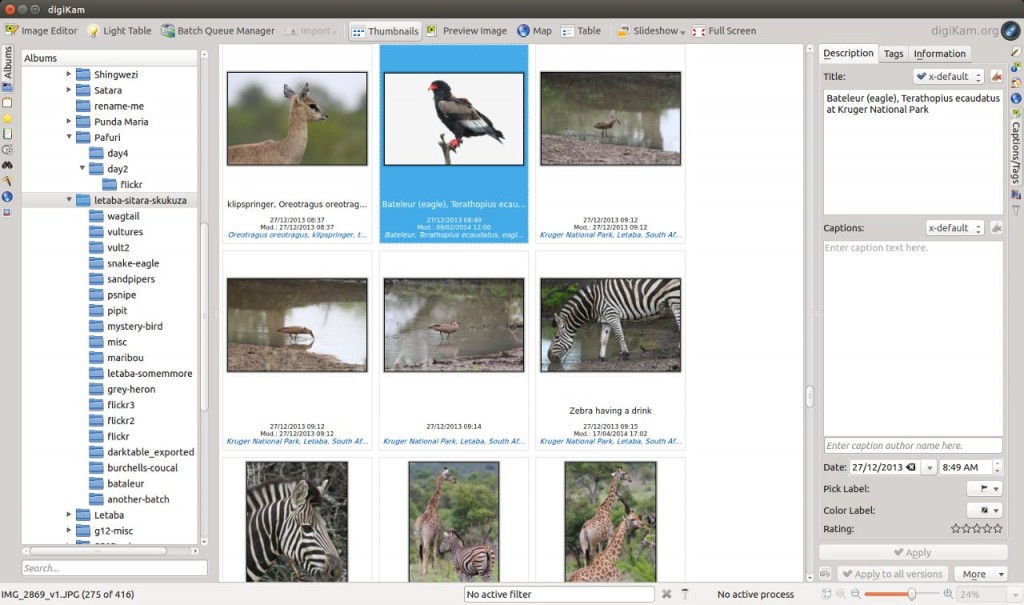 digiKam in my preferred configuration. Note that it is highly configurable. Note the bataleur image that we will be using in this post.

digiKam has a huge basket of image enhancement tools, including red-eye removal, color management, image filters, or special effects, and it can handle 16 bit/channel images. digiKam handles RAW files quite well, and probably the only reason I don’t use it for RAW file processing is because I know DarkTable better. In any case, that is the great thing about Free Software, you can chose different tools for different purposes without having to take on a second job to pay for software.

I will write another post about my photography workflow. In this one, I am just going to show you the basics of how I use these tools so you can see how easy they are to use and the high quality of the results. I will use a bataleur eagle image that I took a Kruger Park a couple of years ago. As you can see below, the background is washed out because it was a fairly bright but overcast day, and the sky is just gone. Even if it was not overcast, getting the eagle properly exposed while retaining the correct exposure for the sky would have been difficult if not impossible. So in this example, we are going to replace the sky. 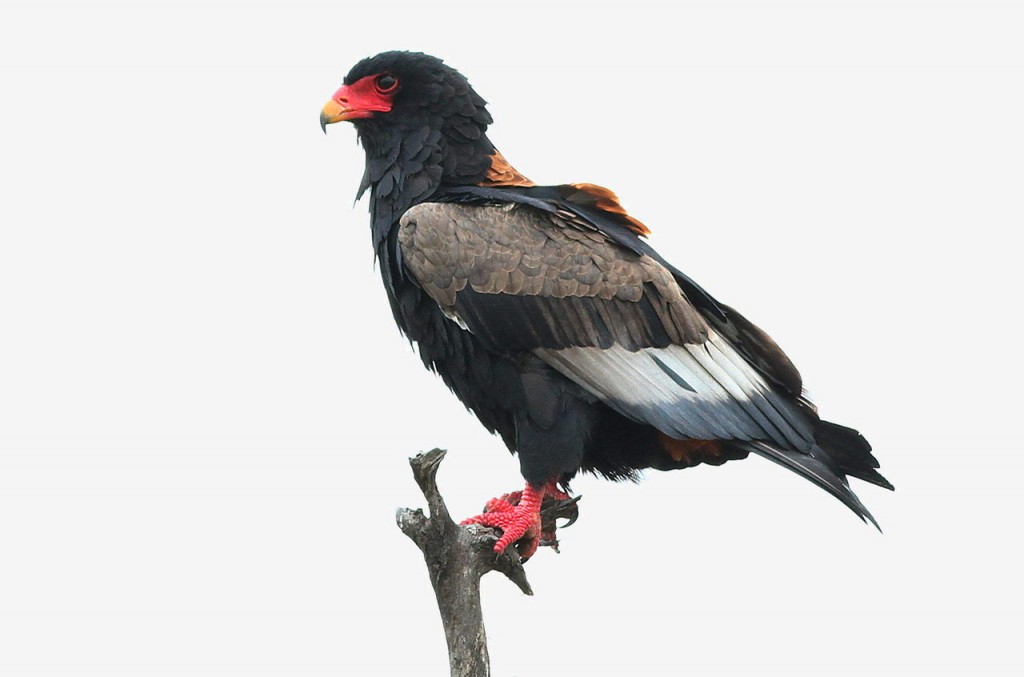 Before moving to GIMP, I did some minor tweaks to lighten darker areas and apply a slight sharpening in digiKam, which I won’t go into here. I also cropped the image, and did a bit of denoise. The colours of the bird did not stand out well, so I also pumped up the vibrance a little and added a bit of saturation. I then saved the image, right clicked it in Digikam, and chose ‘Open with GIMP”.

GIMP, which is an acronym for GNU Image Manipulation Program, is a raster graphics editor similar to Photoshop. It is used for image retouching and editing, free-form drawing and pretty much any tasks that require raster graphics editing. Aside from using it for my photographs, there is rarely a day that goes by where I don’t also use it for my work, generally manipulating images for use in presentations or documents.

GIMP is expandable and extensible; it is designed to be augmented with plug-ins and extensions in order to improve its functionality. And there are bazillions of plugins, filters and scripts available for it. Most of them I never use, but some of the filters can be quite useful for photographs.

I am not going to go into the detail of putting in the cloud background, this is not a GIMP tutorial. If anyone is interested, I can show how to do that in another post. But the gist of it is, since the image has high contrast between foreground (bird) and background (sky) I can apply a layer mask as the best way to remove the background. Then I ran outside and grabbed an image of a cloudy Johannesburg sky, exposed for the clouds. I scaled this so the clouds look realistic, and added it to to the bottom layer of the image. In photography, there is no way that you are going to have the eagle and the clouds in sharp focus with a telephoto lens, so I applied a realistic Gaussian blur to the clouds to make it more realistic. See the layers palette to the right of the image. 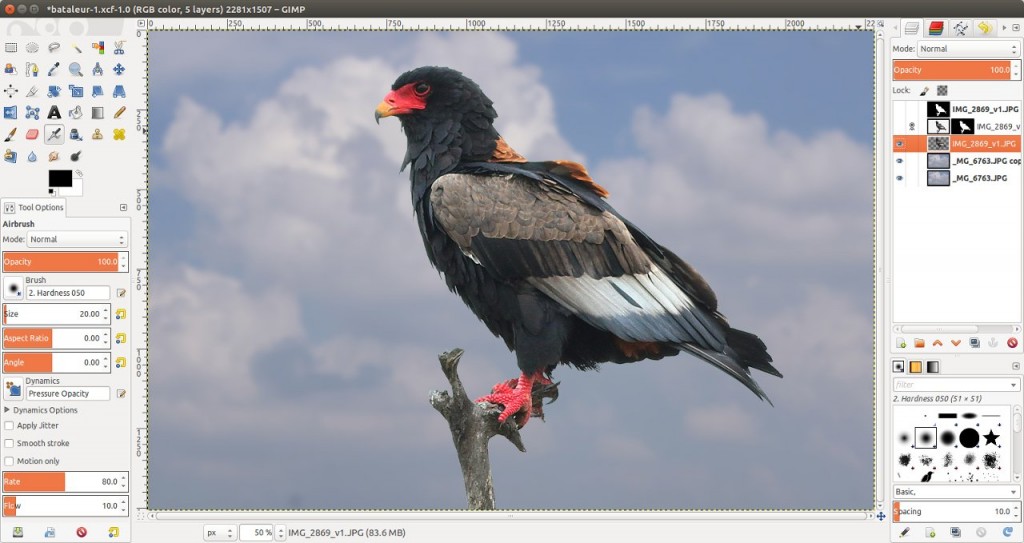 Bataleur image open in Gimp. Note the layer mask and the sky background with blur.

I saved the image with a different name, and that is it, the task is done in GIMP. After 2 seconds, digiKam had found the resized image, and I was then able to export it to Flickr (or Facebook, or any other social site) from digiKam’s export dialogue.

The resulting image is shown below. 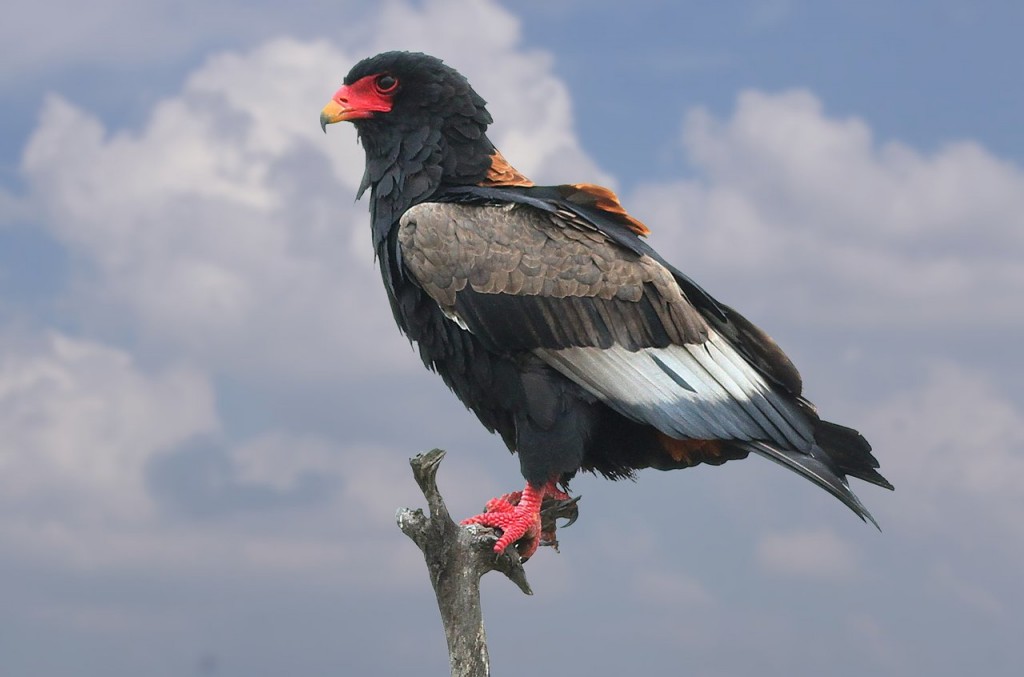 Bataleur after editing in Gimp

If you decide to experiment with Digikam and GIMP, there are plenty of tutorials on how to use them, including some great videos on YouTube and Vimeo. So, off you go now, install them and see if you can save a few bucks to buy that new lens you want so badly.

Below is a brown snake eagle to finish up, which was done according to exactly the same workflow. I think I did not blur the clouds enough in this example. But the great thing about working in GIMP, is it saves everything in layers just like Photoshop, so you can go back and tweak it later. 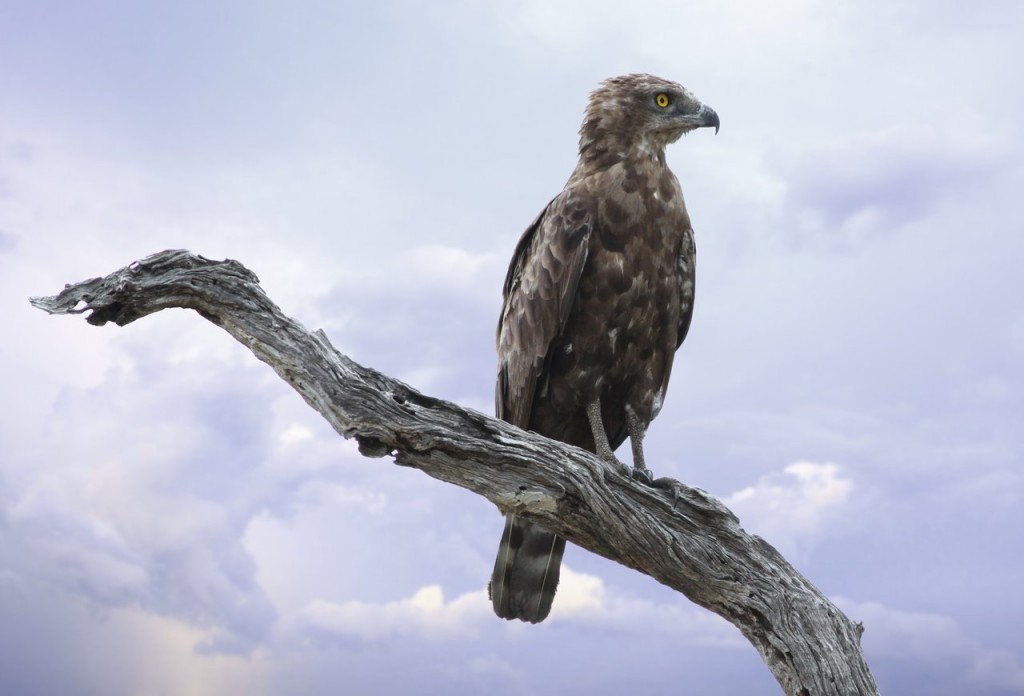