Skip to content
Home » The natural world » Algae » The crab and the seaweed: how chemicals mediate interactions in the sea
Spread the love
Tweet

Have you ever thought about how chemicals mediate a lot of the interactions that happen in ecosystems?

The photo below is of a green seaweed, Chlorodesmis fastigiata also known as Turtle Weed, which occurs in coral reef areas throughout the tropical  Indian and Pacific oceans.  It is made up of filamentsof a most brilliant green colour that are woven together at their base, and they sway in the waves with unusual flexibility. This flexibility is partly because they are siphonous algae, the filaments do not have cell walls internally, so each filament is basically a single tube of cytoplasm. The seaweed is chemically defended against herbivores by a pretty nasty chemical called chlorodesmin. 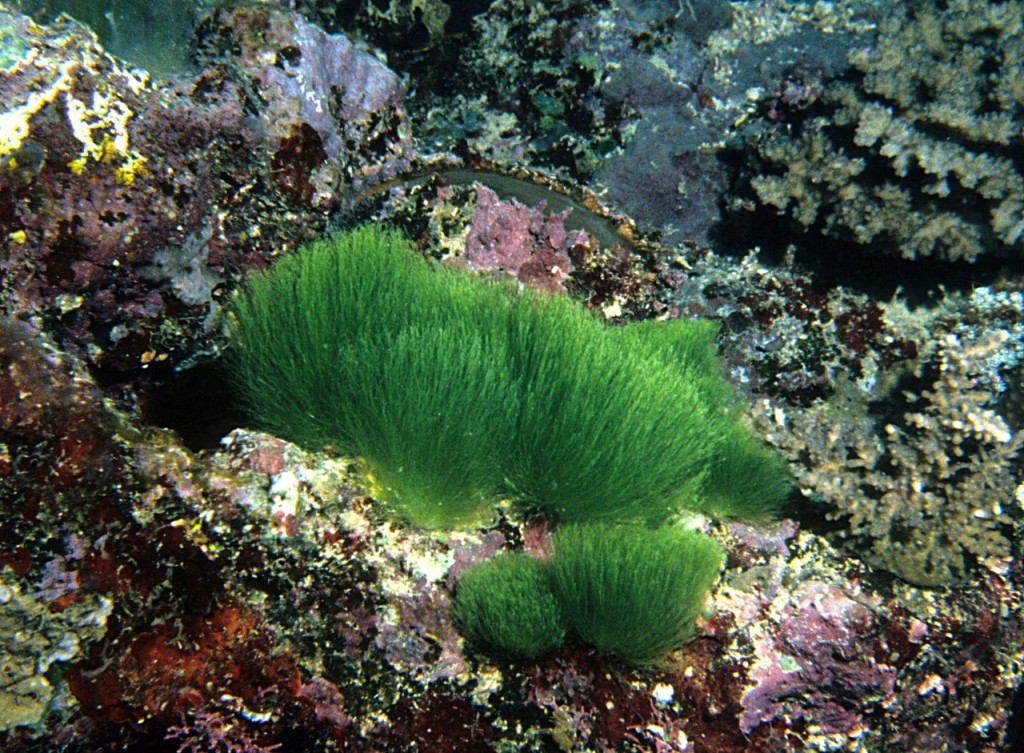 The crab is Caphyra rotindifrons, which lives exclusively in the Chlorodesmis that typically occurs in small patches on the reef. The crab also feeds only on Chlorodesmis, and pretty much doesn’t eat anything else. They have hooks on the ends of their legs, which enable them to cling to the weed, and prevent them from being washed away in the waves. There are usually just 1-2 perChlorodesmis patch, so it is presumed that they defend their patch against interlopers. 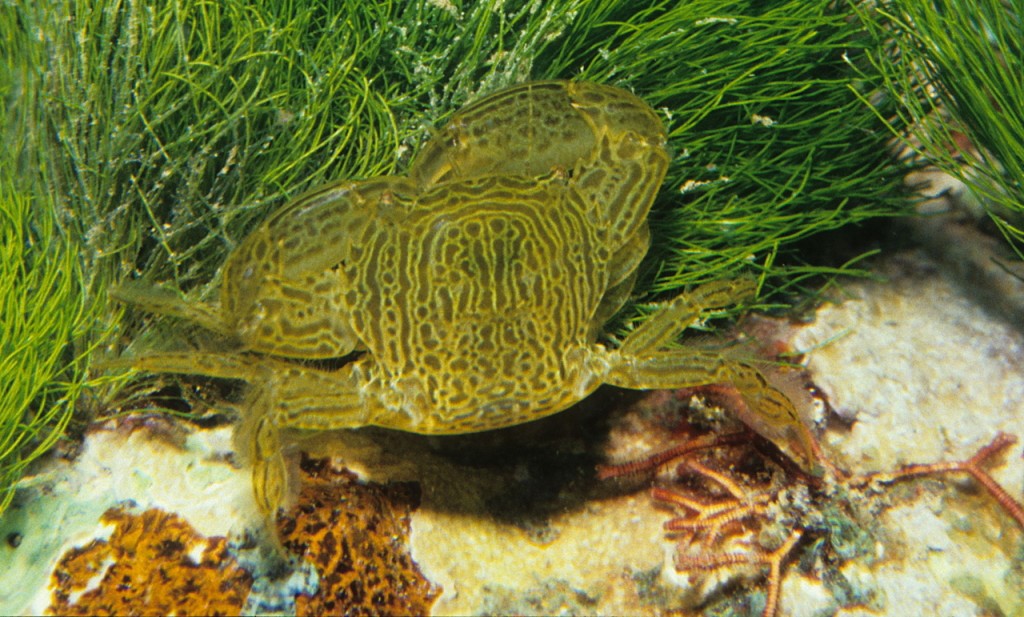 This species provides a great example of chemical mediation work done by  a former collaborator, Mark Hay from the University of North Carolina at Chapel Hill, and three of his colleagues. Mark and his colleagues worked on these crabs and Chlorodesmis fastigiata on the Great Barrier Reef in Australia. Chlorodesmin is a cytotoxic diterpenoid, which deters feeding by most herbivorous fishes (not all, but that is another story), but stimulates feeding by the crab. In fact, when chlorodesmin is painted onto other algae that the crab would not normally eat, the crab feeds on these algae as if they were its actual food. 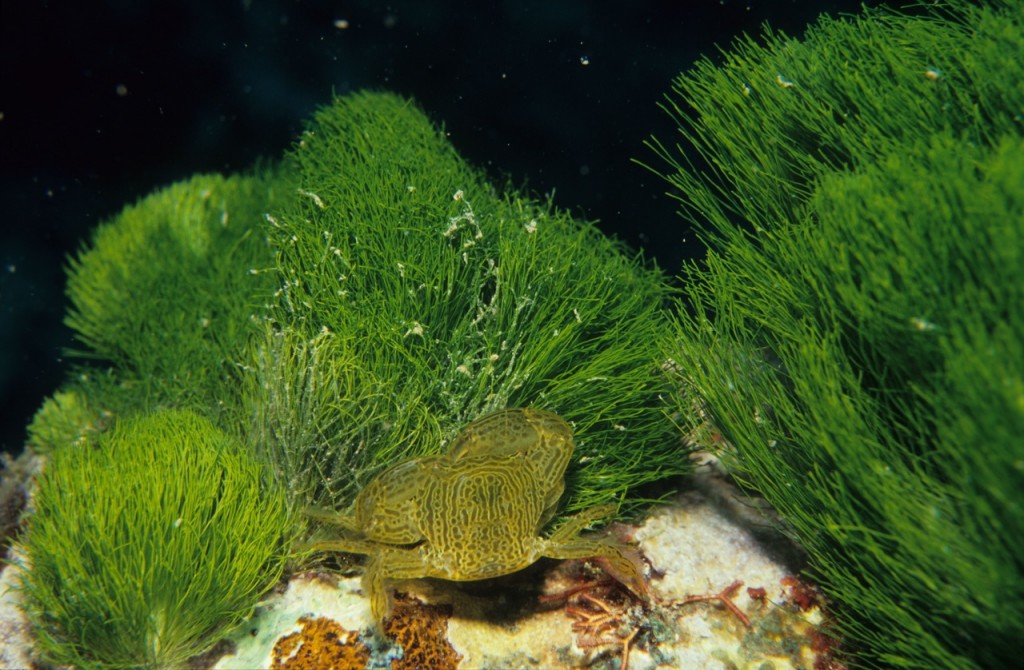 This illustrates an interesting case of the kinds of selection pressures that can drive evolution, and also how one has to dig deep using good scientific methodology to understand what is going on. Just how cool is that, and how cool is marine biology? There are still many things to understand about marine ecosystems,  and the ecological and evolutionary forces that shape them.