Skip to content
Home » Business » Want to be a billionaire? Hack how we feed ourselves
Spread the love
Tweet

I have been thinking of the business 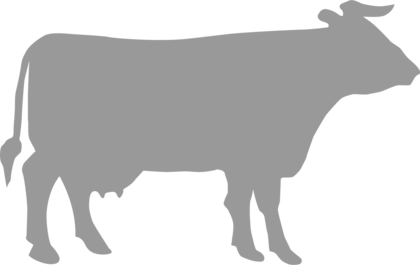 Agriculture uses up roughly half of the World’s land area, and some 60% of that is used for meat production. Over the past 50 years, global meat production has almost quadrupled, a trend that is predicted to continue for many more years, as the growing urban middle classes in China and other emerging economies consume more meat.

The livestock sector generates more greenhouse gas emissions than the entire global transport sector. Livestock production generates 65 percent of human-related nitrous oxide, which has 296 times the Global Warming Potential of carbon dioxide. It also accounts for 37 percent of all human-induced methane, which is 23 times as warming as carbon dioxide.

It is not just the contribution to global warming that is worrying. The large herds of livestock cause considerable land degradation, with about 20 percent of grazed areas considered as degraded through overgrazing, compacting and erosion. In drier areas, the amount of land that is degraded is much higher than this, and this may result in extensive desertification.

Livestock production diverts cereal and other crops to feeding animals, meaning that livestock production extends beyond the immediate land that is used for grazing. According to the United Nations Environment Programme, the food energy that is lost by feeding cereals to animals could feed an extra 3.5 billion people. Or presumably free additional land for restoring natural systems.

Livestock production also contributes to the pollution of waterways, and contamination of coastal areas of the global ocean. Commercial and subsistence livestock now account for about 20 percent of all terrestrial animal biomass. This means vast areas of natural habitat are destroyed in order to raise livestock, threatening local and global biodiversity, and placing 15 out of 24 important ecosystem services in decline.

While globally, there is also a growing number of vegetarians and vegans, this is unlikely to solve the global challenge of the destructive effects of livestock agriculture. It would involve short term change of behaviour by the majority of the world’s people. Behaviour change without personal incentives is unlikely to be a solution.

Therefore, there is a massive business opportunity here. Whoever can hack our food production to grow a viable meat substitute in conditions that are less harmful to the biosphere will become the next multi-billionaire. Is that you? Is this your moonshot?

At around $10 per kilogram, that is $1180 per person, which suggests a market size of $377 billion annually for a USA population of 320 million. Then there is the rest of the world. Not a bad market to try to hack.