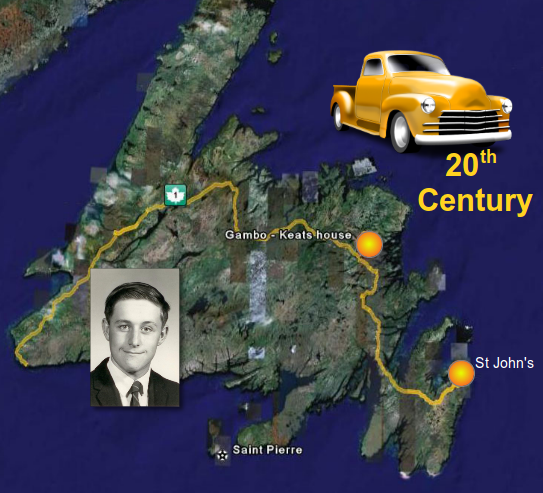 I was born in a small town at the head of Bonavista Bay on the island of Newfoundland, and finished high school at Smallwood Academy two years after the Catholic Church decided to children of Catholic parents to attend an integrated school. In 1972, two weeks after my 17th birthday, I trundled 300km down the Trans Canada Highway on the CN Bus to go to Memorial University of Newfoundland, or MUN as it is known. I was being aggregated into an industrial process that was in part designed as a response to scarcity.

Traditional universities evolved during the industrial age, and many of the things they regard as key processes are industrial in nature and designed to aggregate scarcity. In the industrial age, content was scarce, so universities had physical libraries to aggregate content. Vehicles for delivering content were scarce, so they aggregated knowledgeable people, the academics or professors as they are sometimes known, and used them primarily as content delivery tools. Because of the need for aggregation, the locations to learn were scarce, so we built sites to aggregate demand and supply, and designed classrooms as spaces within which academics could deliver content to a critical mass of students. Recognising the limitations of lecturing to large classes, some universities have adopted a supplementary mechanism of smaller group tutorials run by less knowledgeable and therefore less scarce resources.

Assessment in such industrial settings was difficult, and the system could not bear the cost of meaningful assessment of actual learning, so primitive summative  assessment mechanisms (tests, exams) were designed. Under this system, the person delivering the content was given the task of assessing the effectiveness of its delivery and assimilation. Assessment was largely based on memory, and ability to express it in written form, as it still is most commonly today despite assessment being one of the most important factors in learning. Of course, this description is a bit of an exaggeration, but this basic model remains the mainstay of universities around the world despite the fact that the key things aggregated are no longer scarce, or where they are scarce that scarcity is largely artificially maintained.

What would a university look like if it were designed from the ground up for the age of abundance, and not to provide the aggregative functions based on the scarcity of the industrial age? What would be the characteristics of the:

I don’t have the answers to all these things, but it might be fun to speculate. I would love to hear your thoughts.

Looking forward to your ideas.