Last weekend (March 17-19) was spent providing food for mosquitoes and learning warblers with Etienne Marais and Sheleph Burger. Every year many millions of warblers make the journey from the northern hemisphere all the way to Africa, many of them overwintering (the northern winter) in South Africa. Etienne put on a field course in warbler identification, and I learned a lot from that experience, and his comprehensive knowledge of birds. I am posting this so I can learn more by writing, and so I can come back to it next year.

The field course was mainly targeted at identification, so a lot of it involved listening (sounds are critical with warblers) and observing the birds. We managed to hear and see the elusive river warbler, as well as marsh, icterine, olive-tree warblers, common whitethroat, and thrush nightingale. Unfortunately, photography took second place to learning the birds. I will go photograph them next year, hopefully I can remember what I learnt until then!

Below are some of the birds we saw (not all photographed on the weekend or at Zaagkuildrift). One of the warblers is the Olive-tree warbler, named because it commonly nests in olive trees around the Mediterranean. This is an Old World warbler in the tree warbler genus Hippolais. It breeds in southeast Europe and the near east, over-wintering in eastern and southern Africa, from Kenya south to South Africa. It was a privilege to catch one of them on Sunday afternoon, just a few days before they all leave for their nesting grounds. Listen to it on Xeno-canto. 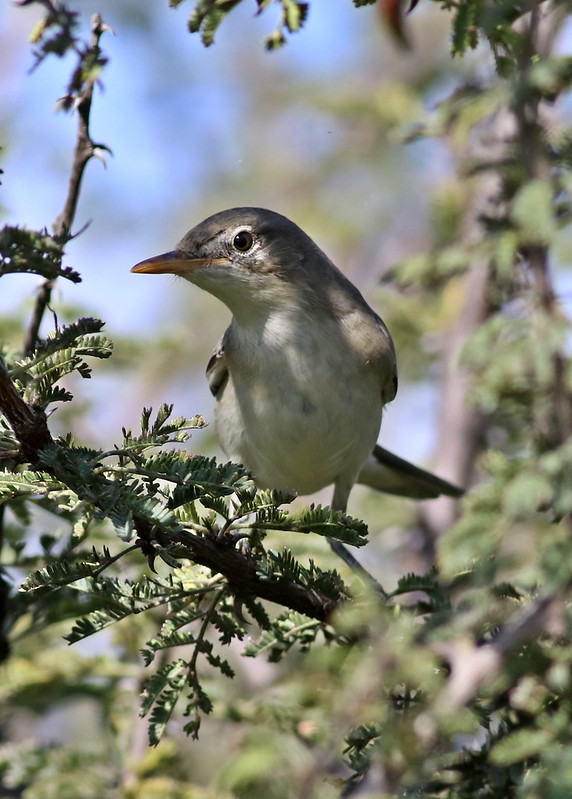 Another Hippolais, the Icterine warbler (Hippolais icterina) was also abundant and it was nice to observe them. The yellow form is obvious, but it is hard to distinguish the grey form from the Olive-tree warbler. You can listen to them on Xeno-canto to get a sense of their call. 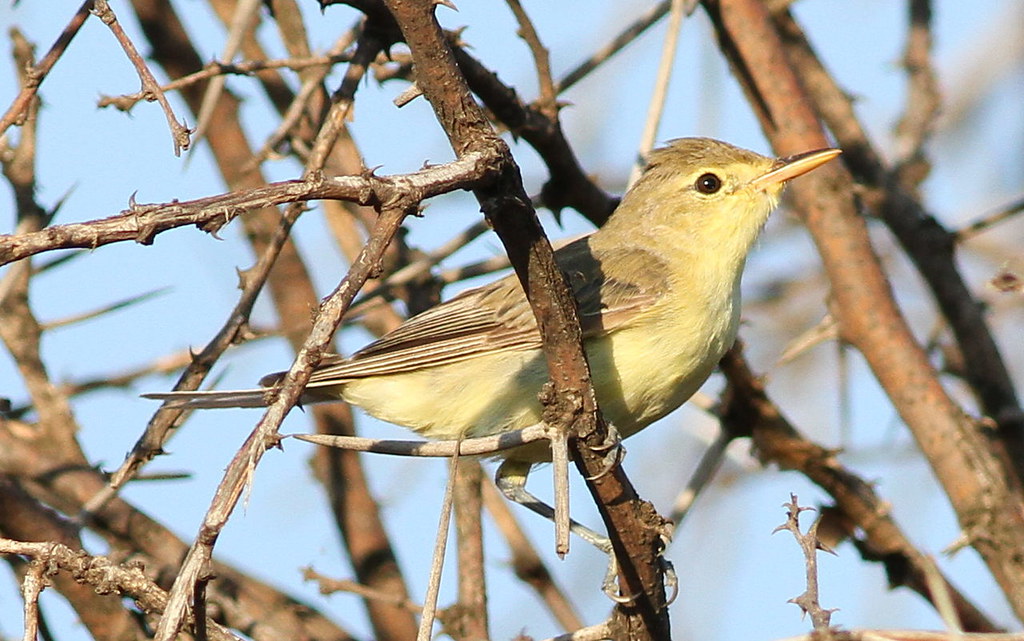 We saw river warblers, which was quite a special moment, as lots of birders are still trying to see that bird. It breeds in east and central Europe into western Asia, over-wintering in eastern and southern Africa. Although I didn’t manage to catch a photo of it, you can listen to it on Xeno-canto. Its scientific name – Locustella fluviatilis – gives an indication of what it sounds like. The song is a monotonous mechanical insect-like reeling, sometimes said to have a sewing machine quality, which can relate to, those old Singer hand operated machines!

A special one for me was the thrush nightingale(Luscinia luscinia). This is not actually a warbler, but an an Old World flycatcher, Muscicapidae, and similar to species that are known to us as chats. Again, I didn’t manage to photograph it, but this one and the river warbler is going to be a special project for me next year. There are no songs on Xeno-canto for this bird, so maybe next year I will record it as well. Mark that down as an action item for next March.

Marsh warblers (Acrocephalus palustris) were calling a lot in the area but I only got a brief glimpse of one.  It  is an Old World warbler in the family Acrocephalidae. It breeds in temperate Europe and western Asia and winters mainly in southern and eastern Africa. It is notable for incorporating striking imitations of a wide variety of other birds into its song. You can listen to them on Xeno canto.

I don’t think we saw a willow warbler (Phylloscopus trochilus), but they are found in the area, and I did see it at nearby Dinokeng Nature Reserve, so I include a picture of it here that I took at Marakele National Park. This is a very common and widespread leaf warbler which breeds throughout northern and temperate Europe and Asia, from Ireland east to eastern Siberia, and it over winters in sub-Saharan Africa. 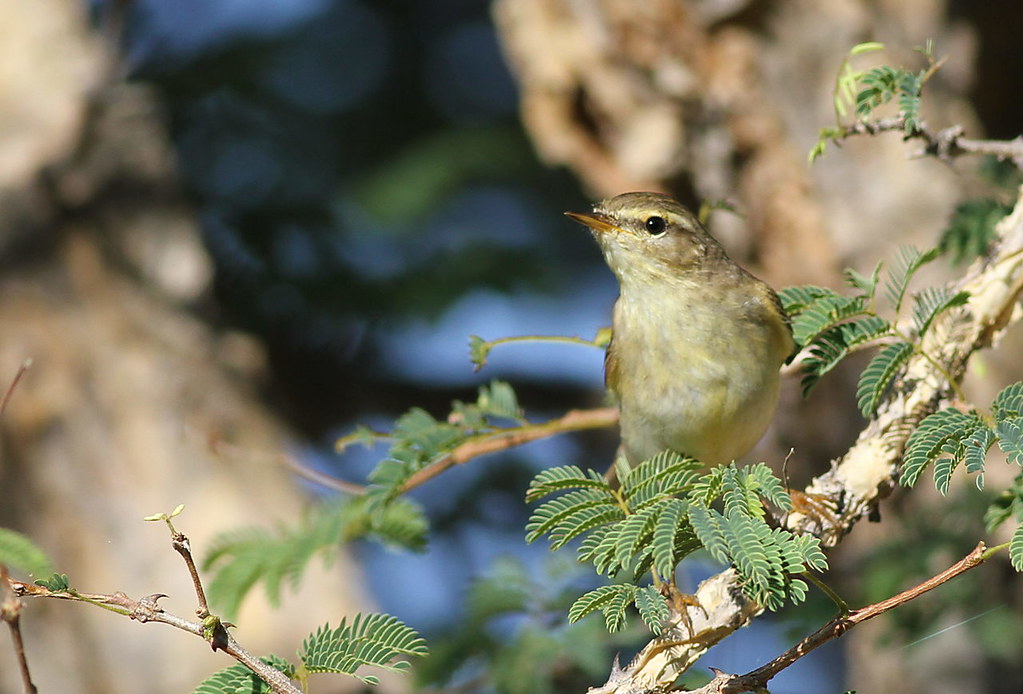 Common whitethroat (Sylvia communis) were also common in the area. They are Sylvia warblers, sharing this genus with the garden warbler (which we saw very briefly) and the elusive and perhaps mythical (in the area) European Blackcap.

Etienne Marais is a well know leader of birding expeditions and field courses in Southern Africa, and co-author of my bible for finding birds in this part of the world, Birding Gauteng. His indicator birding website is at http://www.birding.co.za/. It is well worth joining him on one of his trips or courses.