Strangely, even though I have been chasing birds around the bush for about five years now, and half seriously for at least three years, I had not photographed a black-faced waxbill (Estrilda erythronotos) waxbill until last weekend at Zaagkuildrift. This waxbill  is a common species of estrildid finch found in southern Africa, especially in areas of arid thornveld savanna and thornbush with permanent bodies of water. That certainly fits the area around the Kgomo-Kgomo floodplain off Zaagkuilsdrift Road.

Black-faced waxbills mainly eat grass seeds taken directly from plants, and supplements this diet with insects, fruit, nectar. They carry out most of their foraging in the morning in pairs or small groups.  They are monogamous, territorial, and a solitary nester, with pairs staying together for at least 3-15 months. 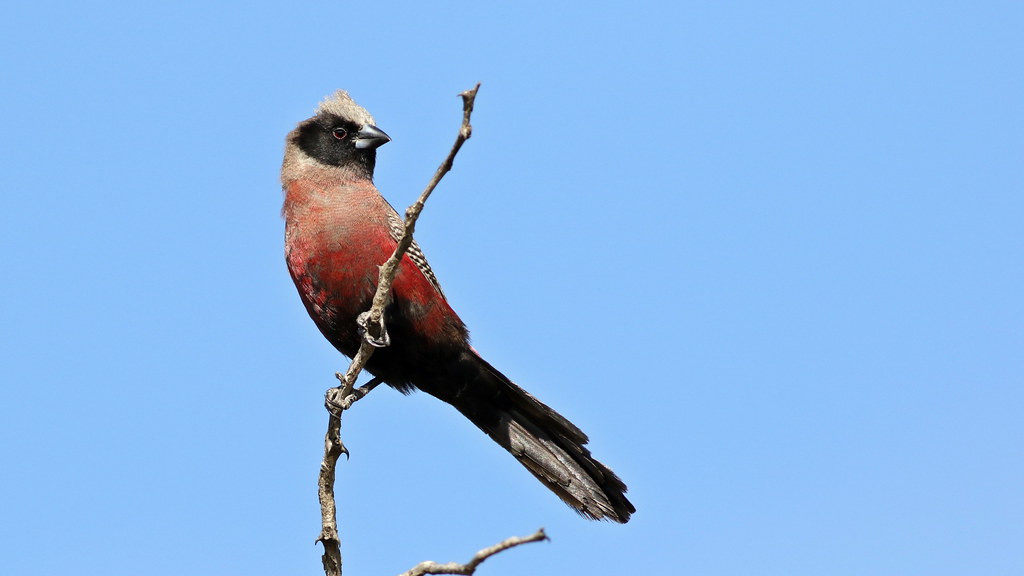 Black-faced waxbill at Zaagkuilsdrift. This one makes a good desktop background, I am using it on my desktop computer.

They are estrildid finches, which comprise  small passerine birds of the Old World tropics and Australasia belonging to the family Estrildidae (waxbills, munias and allies). There are quite a few species in Southern Africa and most of them are quite colourful, and beautiful to our eyes. Certainly, the black-faced waxbill lives up to this description. 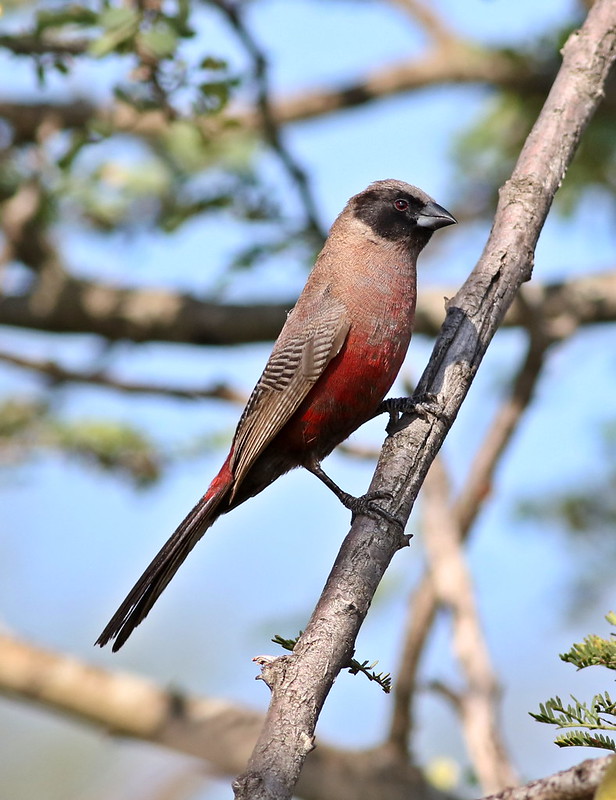 This one just landed in the perfect pose, and I was able to shoot a burst of photos before it flew off.

I had heard an olive-tree warbler calling close to where I was parked, sitting with my camera balanced on a bean bag in the car window. I was hoping the warbler would come closer, which it eventually did, but meanwhile a pair of these waxbills landed in the tree, flitted around for a bit, and then flew off again. I have posted here a few of the photos of them, above and below. 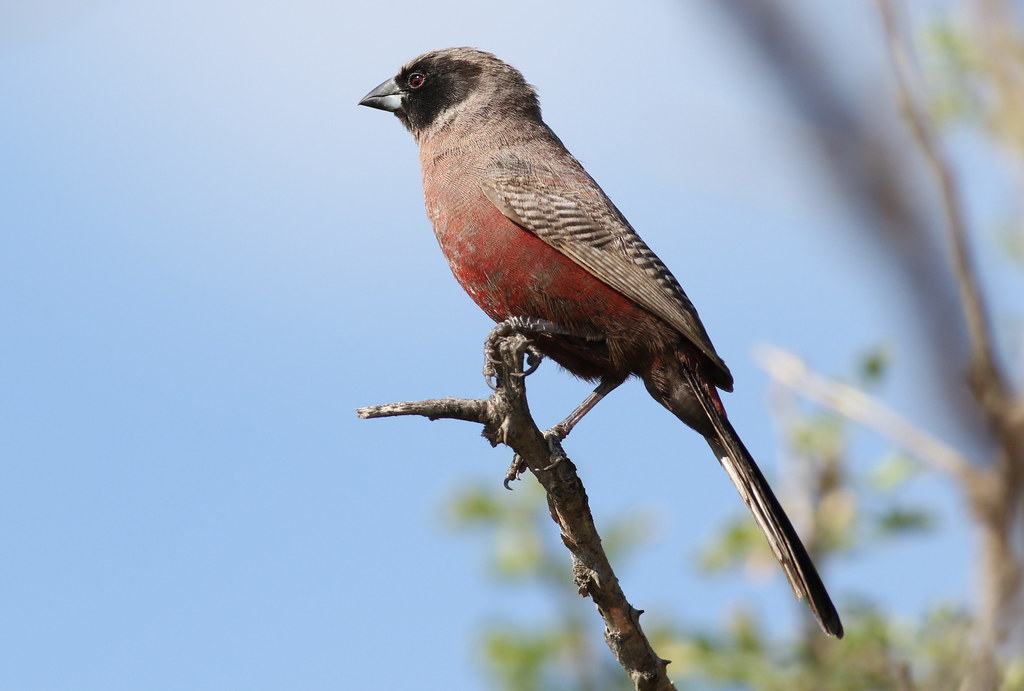 Who could ever ask for a more cooperative bird? The colour mixture of grey, black and red, together with patterns and texture make this one of our most beautiful birds.

Males and females of this species show subtly different colour patterns, with the female being slightly paler than the male. I guess I will have to go back there to try to get photos to illustrate that point. 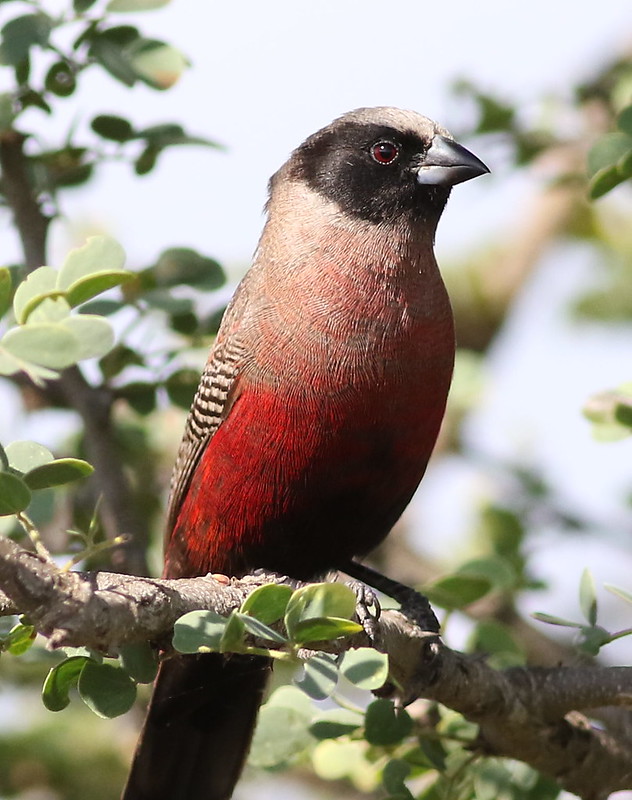 Closer view of a single bird.

Listen to it’s call on Xeno-canto.